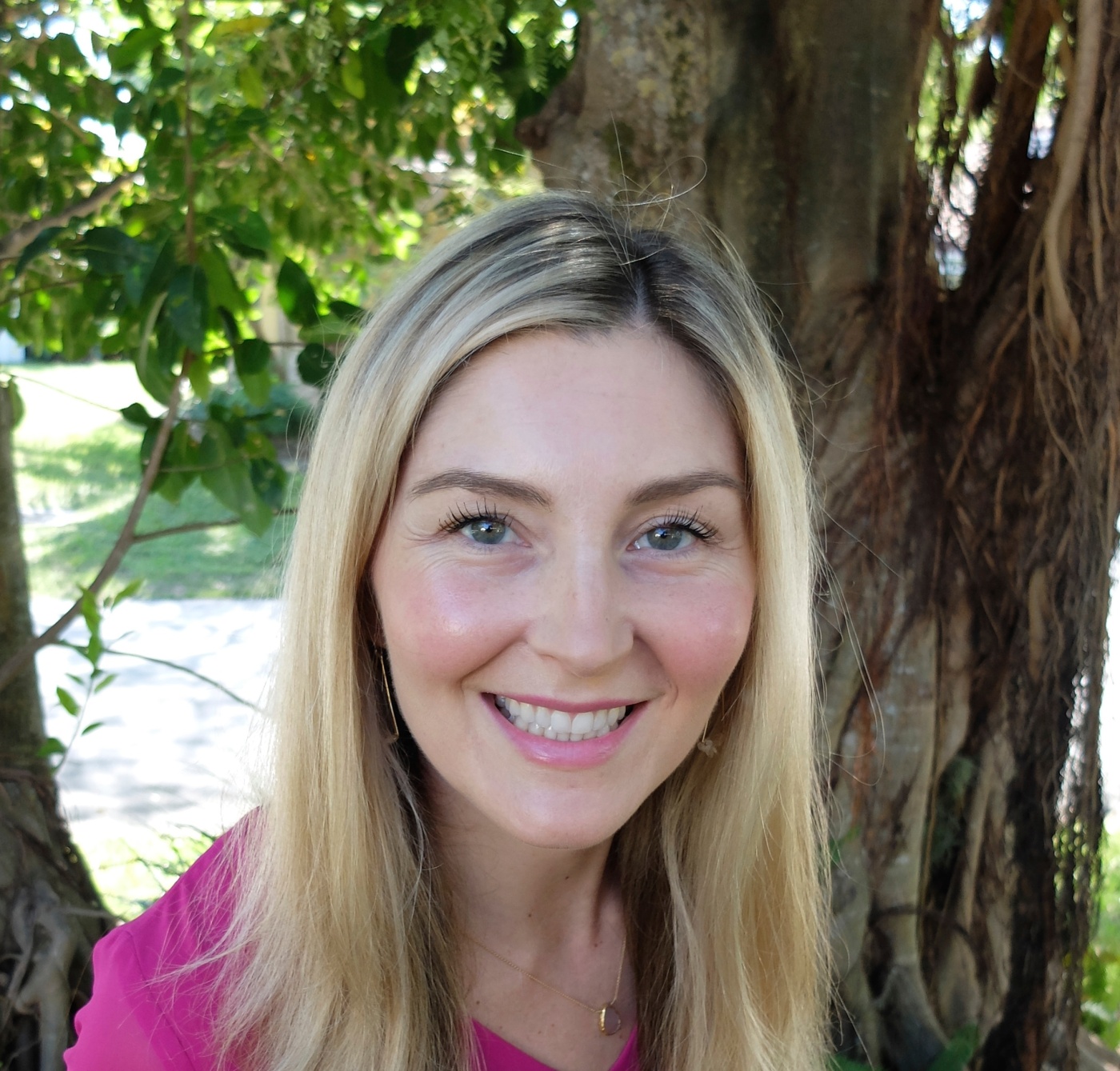 Hi, and welcome to my first post on Mama’s Groove!

It’s been a good long while since I wrote something other than copy for my 9-to-5 gig in travel media. Not that I haven’t had lots of good ideas while sitting in the dark, clutching the cottony rump and downy-haired head of my drowsy 17-month-old to my chest as he nurses to sleep.

Or as the near-scalding shower stream slaps my face around while I fiendishly inhale vapors from a little glass bottle of tea tree oil (this sounds brutal, but it’s my favorite morning ritual and a real waker-upper). I couldn’t recall most of these brilliant thoughts now of course, thanks to the mind blur that is early parenthood, but I have had them. What was missing was the inspiration to do something with them.

Today, though, I actually made it to my laptop (my baby is sleeping and my three-year-old daughter is playing with Papa, when she’s not sneaking through my office door to lovingly hand me a bucket of random toys — er, “presents” — or stick a folded-in-on-itself rainbow poop sticker to my knee). And words are coming. Here they are. Here are some more.

This moment seemed galaxies away in the weeks, months and even years after the birth of my daughter. The day before her arrival (I had a scheduled C-section for reasons I’ll get into more another time, so her birthday was not a surprise), my husband and I went to the beach. I kicked up sand and splashed warm saltwater over the shiningly taut skin of my pregnant belly while my husband snapped photos. Clad in only a pastel striped bikini, I shimmied – okay, waddled – up the stairs to the top of the multicolored lifeguard stand and posed again.

You can probably imagine that the photos taken from that angle, in that outfit and in my ninth month of pregnancy were not Instagrammable. But the point is, we were having fun. Until I cried. I knew our life was about to become very different, and I didn’t fully know how. I was scared of losing my husband. I was also scared of losing myself.

And to a large degree, I did lose myself after she was born. My experience of early motherhood felt a lot like a body- (and mind-) slam. The surgical birth did not help – I can be sure of that now that I’ve also experienced vaginal birth with my second child (thank you VBAC). My limbs were swollen and foreign and my mind was scrambled to the point of near uselessness. I remember trying to fill out simple forms in the hospital and being at a loss for how to write down my address.

And then of course there was the baby. Our sweet little lumpy newborn was suddenly here and soon it was time to take her home. We would be in charge of keeping her alive and helping her to grow and thrive. How utterly terrifying!

On the other hand, what a relief to be home and rid of the constant blare of the loudspeaker, the constant poking and prodding from the nurses and the completely inedible trays of what they labeled “food.”

Much worse than that offense (I still want to cry when I think of this), after affording me a mere minute-long introduction post-C-section, the staff had kept my daughter from me for three hours – three hours – while they “observed” her.

My husband watched her through the nursery glass the whole time, where they kept her in a lonesome plexiglass bassinet for the first hours of her life. There was nothing actually wrong with our daughter. This was pure laziness and outrageous insensitivity on the part of the hospital. In the end a nurse suctioned her lungs for five seconds and then finally released her to me in my room, where I had been anxiously twiddling my thumbs, screaming inwardly with frustration and trying to move the numb mounds where my legs used to be for the entire morning.

Let me say right here that I don’t mean for this to be a total sob story. I know many women have much more difficult birth stories than this. But this is my story, and I am getting somewhere with all this, I promise.

So after that sleepless (thanks more to the loudspeaker than our baby), sterile nightmare that lasted three days, we fumbled with a car seat for the first time as we inserted our very own tiny human and drove our daughter home.

It was an immense relief to be home and a tear-jerking joy to “show” our new family member (who of course could not see more than a foot in front of her impish little face) the room we had made up just for her, which was spilling over with organic cotton onesies, velvety soft stuffed animals and loads of boxed gadgets whose use would boggle our minds in the coming days – all gifts from shockingly generous friends and family members.

Our child was home. She was healthy. Breastfeeding was going well. My husband was attentive and ready to help in whatever way he could. We had everything we needed and a lot more to make a safe and happy home for our first child. But I still struggled.

More than a handful of times I found myself crying for no particular reason, unable to stop. And I was endlessly anxious. I couldn’t take my daughter out on our 11th-story balcony for the paralyzing fear that a sudden vacuum-like force would suck her out of my arms and over the edge. Even when she slept I lay awake despite my zombie-like fatigue, checking her breathing over and over just to be sure she was alive. And every odd movement, every blemish, every poop or lack of poop became a reason to obsessively scour WebMD for assurance the condition wasn’t fatal.

My motherly guilt is rising as I write this. I feel the need to put out a disclaimer that my neuroses had absolutely nothing to do with our incredible little peanut and everything to do with my fluctuating hormones and lack of mental and emotional preparation for the changes parenthood brings. This probably goes without saying. But still, the guilt.

As the weeks went on I felt the sadness lift and I began to get a handle on mothering an infant. I will say I actually became really good at it. I was a tireless lullabyer, a tummy time drill sergeant, a sensory play virtuoso and a developmental coach extraordinaire. Looking back, I may have overshot a bit, but regardless, my little daughter thrived.

I, on the other hand, was not doing quite so hot. I remember not really tasting food; eating usually felt like a race to chew and swallow before the babe tired of sitting still on my lap and began crying. I got my shower time down to a single minute. I don’t think I spent more than 20 minutes away from my baby for the first four months of her life.

Meanwhile, I suddenly stopped doing the things I used to love. I stopped running. I stopped eating plant-based. I stopped writing things I had felt strongly about. Heck, for the most part, I stopped feeling strongly about things other than the quality of my kid’s diet and keeping her away from screens.

Between mothering, working and wifing (and let’s be honest, wifing became last on the totem pole – hiring a sitter, pumping more milk and staying up later than 9 all sounded too exhausting for date night to become a thing), the time evaporated as did my energy.

Even as my budding toddler became more autonomous, I found no opportunity to actualize myself. Guilt played a role here as well – if I was already spending 40 hours a week at the office, the thought of spending another microsecond on anything but her seemed downright monstrous.

Four days after my daughter’s 2nd birthday, I gave birth to my son. As mentioned, I had a VBAC but his birthday was still unsurprising because he was a week late and I had to be induced. Despite a 24-hour labor, the birth and recovery were a walk in the park compared to my C-section and I felt none of the staggering instability I had experienced the first time around.

But there were ups and downs. One of the most memorable moments for me is the first night back at home, as my husband and I sang my daughter to sleep. Both of our voices strained to cover unexpected waves of tears as we held each other over her still tiny body. Coming down from a few action-packed days, it finally hit us both at that moment that she wasn’t the baby anymore. We would have less of ourselves to give her. What had we done?

Of course, soon it became clear that our family is much richer for our son’s arrival. I work from home now and I love that I get to see both of our little ones throughout the day, even when I’m on the job. Our cup runneth over and that’s usually a good thing. We laugh more and I think my internal worry-o-meter broke when he popped out. “If you want to stop obsessing so much about your kid, have another one as soon as possible,” to quote my sister. She’s younger than me, but as a mother of three, she knows what she’s talking about. These words have been really true for me.

Over the last few months, my son has also started sleeping better. Maybe this is the flint that has finally sparked the flame in parts of my brain that have been dark for three years: The creative part. The curious part. The sporty part. The parts that used to define me. Suddenly I have more ambitions than I can count, and certainly many more than I have time for. But I’m making time for some.

“You have to make time for yourself!” countless people told me after my kids were born. Until I was ready – until now – it felt like they were encouraging me to commit murder. And sacrifice time with my children? The shame!

Also, I was so tired that I didn’t have much desire to expand my horizons. “Keep it simple and we’ll all survive,” my brainstem replied to their urging.

So I am coming out of the haze and I am coming into Camille again – a new Camille, who is and will always be “Mama” but who I now know will be other things, too. I don’t know everything about who she’ll – I’ll – become, but I am eager to saddle up and enjoy the ride.

My plan for 2020 is to use this space as a platform for tracking my journey, and hopefully as a hub where other mamas can celebrate and share about finding their grooves as well — whatever that might mean.

I hope you’ll come along with me, and if you like anything you read, don’t hesitate to let other groovy mamas know.